Wednesday is back with yet another enthralling and chilling episode of our weekly series – For Your Eyes Only. The first two episodes of The Blogadda Weekly had us glued to our seats and kept us wanting for more! Here we are with our third episode with Guru and Vrinda. After the thriller Episode One and an equally enthralling Episode Two , we hope all our doubts and suspenses get cleared and we finally see some love cooking up between the two! Well, not taking much of your time, let’s get started with another chapter through Guru’s story! 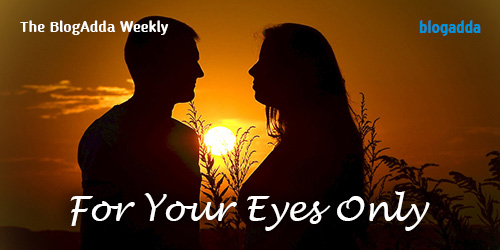 “Guru! Guru, wake up! The police is here. We have to hide you in the backyard.” Vrinda’s voice broke off my sleep. As soon as I registered what was happening, she made me get up from the bed and took me hurriedly to the backyard. Carefully, she hid me in a shack I had no clue about.

“I will be back once the policeman is gone.” She left.

“Madam, we are looking for a smuggler and a poacher Guru. We lost him in the forest. Did you have any injured man knocking at your door?”

“Sahib, my father is a doctor. Had there been an injured man, I would have catered to his wounds no matter what. I am afraid, we haven’t seen anyone.” I  could hear Vrinda’s conversation with the policeman at the door, synchronised to my beating heart.

Something in me ached to see the girl defending me. Who was I to her? A mere stranger for whom she was lying so blatantly to the law. My heart skipped a beat. As much as my suspicion questioned me, I succumbed to her sincerity.

The policeman went after skimming over the house’s front yard and windows. Later Vrinda took me back to my room and we had no words to exchange. Perhaps, my silence spoke for my trust. I was moved.  And so began the most beautiful days of my life.

I had never been this close to life. It was ironical how I was away from all the people I ever knew, amidst the darkest of forests, blindfolded by destiny. Yet, everything seemed familiar. The pain of my wounds never bothered me. The infinite darkness that lingered on endlessly did not send me into shivers anymore. The years old silence of my soul was no more an itch at the back of my mind. Vrinda and her tinkling footsteps had taken over my life’s empty canvas.

Last time when she said, “I am here” I was frozen. But not anymore. She was there, with me, for me.

It became an everyday routine – Vrinda would wake me up with a steaming cup of tea and breakfast. Later in the afternoons, she would steer me into a verandah on my wheelchair. I would hear the distant chirping of the cuckoo and feel the soft breeze on my face. The weather was changing and I could smell the winters coming too. We would sit there as she would tell me all that she could see. She would describe the colour of the leaves slowly changing from green to yellow and not feel happy of how autumn wilted the life away from the leaves. 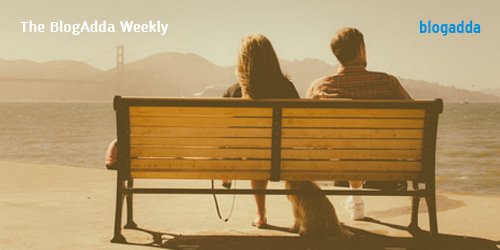 “That’s how nature’s supposed to be. Things have to die to come back to life again, it’s the cycle of nature.” I was surprised at the calm that my answer had. Never had I been so philosophical and reasonable.

“Then why would you come in between the course of nature and kill animals?” Her question came as a big slap.

Suddenly I felt blood rushing through my veins and I clutched my hands into a fist, the only resort to controlling my anger. I was used to the usual blame game by many, however I had never let any woman talk so bluntly to me.

Her voice seemed to be unapologetic about what she had just said. There was deep agony and anger in her voice. As if I had done a much bigger crime that salted her wounds.

“I didn’t chose this work. It chose me. It was not until the last shootout that my belief to destiny kickstarted. I have always been triumphant over death. But this time, I saw it closely.” I explained.

“Enough of this destiny conversation. Destiny has never done any good. The good loses when the bad is too powerful.” She retorted.

It was then that I realised, she had a dark side to herself. A side that needed careful unwrapping, else she would go back to her cocoon. That day, I did not probe her further.

My wounds started healing as I spent afternoons with Vrinda. She often remained busy in the morning with her father and visited me for lunch.

“Why doesn’t your father come to see me? Isn’t he anxious to know who you spend so much time with?” I asked her out of suspicion one day.

It was a fine evening and I could feel the warm sun packing up for the day. 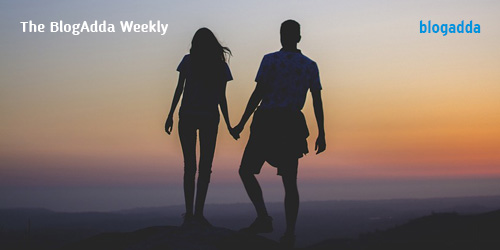 “He was a doctor when he was healthy and happy. It’s his legacy that makes us serve humanity and anyone in need of medical care. After my mother died, he fell terribly sick. This place makes him happy. Hence, we live here. ” She explained as she handed me a cup of coffee. Her hands held mine to give me the cup. This touch was too familiar now. Rather, it was the touch of security, faith that I had never experienced.

Lately, I looked forward to Vrinda coming over and taking me for our evening outings. As she strolled with my wheelchair, I felt complete and whole.

I took a sip from the cup, slurping to my heart’s content.

My reverie was broken with some chuckles and then suddenly I heard Vrinda laughing out loud, as if she had seen a clown.

“What? What happened?” I chuckled to the sound of her laughter.

“I…..I just….You have a moustache from the cream” she laughed hysterically again.

My heart skipped a beat as her giggles met my soul. It was as if this was the most beautiful sound ever, a wind chime that was music to my life. She came closer and I could smell her leaning over me. Her soft fingers carefully brushed the cream over my lips. Time stood still. Even though my eyes couldn’t see, I could feel her gaze upon me. 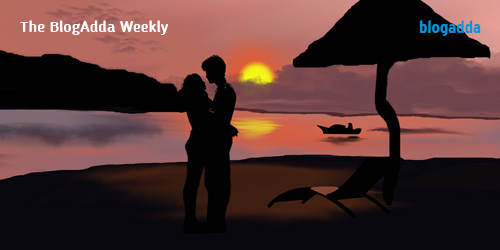 Could she see through my wounded stubbled face? Did she see how she held the strings to my life, loose enough to send me back to my dark days or keep me alive in her bright light. My face twitched as she moved her fingers across the healing wound.

I took my shaking hands on Vrinda’s face, as if silently asking for permission to explore the face that was now so close to me. The seconds that went allowed me to not regret touching her. She stood silent as I took my fingers over her forehead to her eyes. Yes, she looks the same as I had pictured her. I could feel her big eyes closing to my presence, as if locking this moment within its depth, forever.

And then suddenly, they snapped open. She jerked and threw my hand away. The jingle of her anklets took over the entire universe around me as she ran away from me. A line had been crossed, both hers and mine too.

Little did I know that the image of her on my mind’s canvas would remain incomplete and colourless, maybe forever.

Chai Time! Yes, it’s time for another break as we end up this episode and look forward to what happen’s next. Does Vrinda love Guru too or is it going to be another heartbreaking story of one sided love? Well, let’s find out with yet another episode next week, the finale to both Guru’s and Vrinda’s life! What do you think will happen? Do let us know in the comments below. Till then, stay tuned for we have awesome stuff coming up on our blog tomorrow for your Diwali 2016 home decor preparations! Don’t miss out on our collective tomorrow!