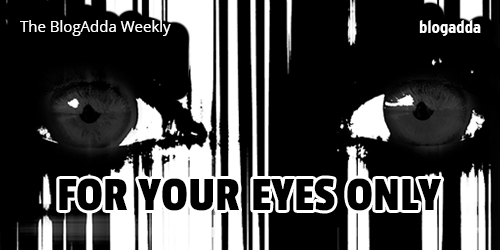 Hello Readers!  As we sift through your stories, we unknowingly picture you and your lives, inspiring your words that spill out and reach us from all around the globe. And there it is- entwined between your weaves, we find the inspiration to create stories at BlogAdda. On that note, we are here with another weekly series, The BlogAdda Weekly. We embrak on the story of Guru, a badass poacher who knows nothing but blood. He is the god of grief not only to the fauna but to those who hurt his vanity as well. Can his merciless past and present determine his future? Well, let’s see for this story has many truths to unfold.

I could feel her somewhere around me. The sound of her footsteps perfectly mimicked her twinkling anklets and the soft rustle of the leaves she trampled upon.  I could hear them despite the pitch dark that lay ahead now as the dense canopy covered all that the feeble sky had to offer. I had never seen her yet she followed me everywhere. Her soft laughter reached my ears, sending me into shivers. I called out to her, challenging her to show up. As usual, she continued her hide and seek. As I waited for another signal, something brushed past my shoulder.

Yes, I could see her. A dark silhouette with her dense locks falling behind her back, covering her back like a veil. Something about her told me she would be beautiful to look at. I followed, my patience testing me as always. 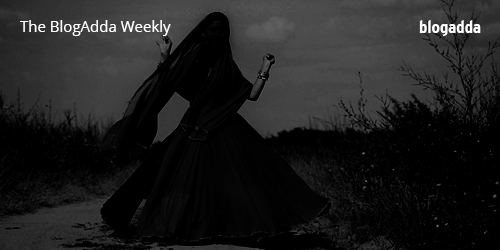 “Hey, it’s enough now. Show me your face. Why do you keep following me?”

But, there she was, oblivious to my intimidating voice, walking softly ahead of me. I grabbed her by her shoulder to turn her face towards me.

“Guru bhai, Guru Bhai?? Wake up, we are almost here.” I blinked, as my mind catapulted to the reality, a dense forest blaring at me, the only light being our jeep’s floodlight. I could see the trail haunted and lonely, and hear nothing except the regular hoot of the owls.

“Where is Purva? He should be here by now.” My voice croaked as I brushed aside the dream.

“He is almost here. I will open the back gate. “, Gopi slammed the gate making my eardrums almost go numb!

There was an eerie silence at the backdrop. It seemed usual as we were amidst the deepest foliage, yet the pin drop silence made me uncomfortable. This was my playground, the treasure land for every poacher. We waited impatiently for my hunters team to to load the fresh bait into the trucks. In no time they would load the latest kill, take off the ivory tusks from the mammoth animal and life will be sorted for a few months. The loaded trucks would be set off to their destination via the coast. My job was to monitor that everything was okay as there was a potential threat this time.

We had received information that the forest security officials would be lurking around in search of any illegal poaching activity going in this area. Our work was never devoid of threat, yet we had mastered this illegal talent. We were in one of the most dense parts of the western ghats. The place was richly inhabited with the best of elephants and was the right hunting ground. This was my area. No other poachers dared encroach it for what was mine, remained mine alone. Guru ruled this place. I was a murderer, a killer and even a dictator when it came to my possessions. Also, not many boasted of a backbone strong enough to search through the finest of these species and bring them down to my feet. Usually, I was the one behind the gun, but this time I had chosen to monitor in case of some intervention.

My men quickly loaded the scrapped tusks and elephant skin, the white blood stained ivory shining like the moon in the dark night. Gopi led the team and prompted them to finish off soon. Once done, he jumped into the jeep, the engine coming back to life.

“It has been a good hunt this time. I am sure we can have a big deal. “ He beamed proudly.

As we turned around to exit, we heard a gunshot and the jeep suddenly trampled on one side. It didn’t take me a second to realise who was following us. I could see the khakhi uniform in the yellow dim light that had suddenly started following us. As an experienced smuggler I had been through such shootouts myriad number of times. Quickly I signalled gopi to duck his head and switch seats with me. By now we had lost one wheel and the jeep paced half heartedly on the leftover wheels with a shattered windscreen in front of us. I took over the steering wheel and immediately applied the brake. We did not have enough time to keep driving.

“Gopi, here take the gun and run as far as you can. I will call you as soon as it’s safe.” I told him in a breath.

“But dada, how can I leave you? What will I tell Bade Bhaiyya?” Gopi’s voice quivered, his eyes reflecting fear, not for the gunmen but my brother, my world.

“I need to distract them. If they will catch anyone of you, everything will be spilt out in seconds. These bastards should run after me.” 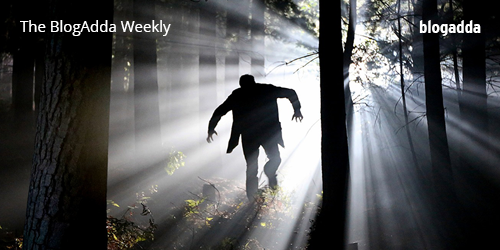 He obeyed immediately. He was a sincere guy. My father had hired him and I knew he was meant to be my right hand. I stepped down and ran right away. In front of me was queer darkness and I had no clue where I was running. Instant deja vu struck me and it appeared as if I knew what this was all about. It must be her. She must be somewhere near. Every rustle under my feet took me to that recurring dream. Although I knew every nook and corner of this forest, yet the paths in front diverged into an unknown horizons, sending shivers through my spine. Despite the unfamiliarity, my mind could smell the damp ground, a known scent. Yes, this had to be the same place. The trail in front of me got darker and creepier. I had no idea where I was running. The only motivation was the flashlights and gunshots following me.

I heard the cops shouting my name, with warnings that they will shoot. Little did they know their god had no chance against me. Another gunshot came my way. I slid down the marshy grounds and escaped it. I was sure they aimed only to injure me enough to slow me down. They would never kill me. I held the insides of all the illegal poaching going through this area. I changed the direction as my body was slowly giving way. Just as I slowed a bit, a bullet pierced through my leg. The sting was too hard to handle and a feeble sigh let out of my mouth. This time I couldn’t keep moving. 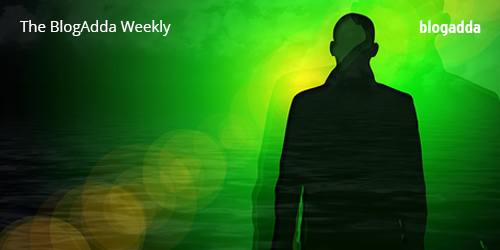 The next blow came on my head. I heard the footsteps, the same jingling anklets that were so known to me. My eyes burned as a sudden light entered widened my pupils making me cringe in pain. It pierced through my eye and there she was. The air smelled of her. Despite the fear that engulfed, a sudden secure breeze took over and I could feel myself smiling. There through the light I saw them. The familiar feet, the most beautiful ones I had ever seen. And then everything left me. Suddenly, it was darkness and all I drowned in the infinite depths of black blood, shouting for help. I tasted metal in my mouth. As I finally accepted my death, I wished if there was any god, I would have asked him to let me see her before embracing me. With my only grudge, I embraced the darkness and slept forever.

Oopss! It’s break time. So how did you enjoy the first episode? Have you ever taken your dreams seriously? Well, not the big dreams, but the ones that touch mid sleep and sometimes keep you wide awake all night? Can your dreams be a connection to the outer world or have a significance to your past? Let’s stick to the story and see what happens, next Wednesday, right here next to Guru! Till then, whisper out a prayer to keep our precious elephants safe from the lurking danger of poaching and lets take a pledge to condemn all products that cost a life to Mother Nature.

One Reply to “The BlogAdda Weekly: Episode One”