Britain’s newÂ Prime Minister, a world famous tennis champion and a successful actress, all three were subject to theÂ scrutinizing eyes of the society in recent times. Theresa May, Sania Mirza and Anushka Sharma were judged against the age old standards applicable to women,Â oblivious to the accolades all three of them have earned in their respective careers. For a long time, women have been battling to find a balance between the role outlined for them by society and norms, and their own ambitions. Perhaps, the social stigma attached to the female gender continue haunting her, as she climbs the ladder of woman empowerment by the dint of her own willpower . Yet, all of these achievements come to naught in the eyes of certain people who feel threatened to see strong, independent women holding their own. 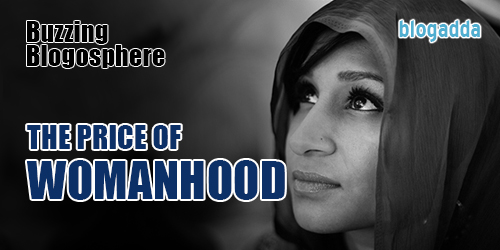 Despite her successes in the world of politics,Â sport, business, entertainment and more, her existence gets judged on her ability to find a partner and procreate. Women have proven without a shadow of doubt that they are capable of contributing to more than just the home and increase the pool of humans, and still, a woman’s ‘completeness’ is judged by her role as a wife or mother.

Rajdeep Sardesai applauded Sania Mirza over the release of herÂ autobiography, which comes on the back of unprecedented achievements on the court and a Padma Bhushan. The conversation then took an all to familiar turn when Sania was asked about ‘getting settled and starting a family’. A retort and an apology later, this conversation that took place on national TV kicked off a much needed debate about the boxing in of women in certain roles.Â Numan Hamza posted her remark,

“Sania Mirza might be the world tennis number one in doubles and one of the highest paid athletes in India but the questions she repeatedly has to face â€” in a professional capacity â€” are tied to her gender.Â “You sound disappointed that I am not choosing motherhood over being number one in the world at this point of time. But I will answer your question anyway,Â â€œThis is one of the questions, as women, that we have to face all the time. Unfortunately, that’s when we are settled and no matter how many Wimbledons we win or number ones we become, we don’t become â€˜settled’,â€ she added.Â I hope that a few years from now on, a girl, when she is 29, isn’t asked the question about when’s she going to have a child when she is number one in the world.â€ She said.“

One of Hollywood’s most recognizable faces, Jennifer Aniston is no stranger to paparazzi. The actress finally lost her cool at the cameras aimed at her belly and wrote a post about the obsession with her becoming a mother. She said that it was sad and reflective of the looking glass through which we see the women in our society.Â Through Huffington Post, JenniferÂ cleared the air once and for all,

“This past month in particular has illuminated for me how much we define a woman’s value based on her marital and maternal status. The sheer amount of resources being spent right now by press trying to simply uncover whether or not I am pregnant (for the bajillionth time… but who’s counting) points to the perpetuation of this notion that women are somehow incomplete, unsuccessful, or unhappy if they’re not married with children. In this last boring news cycle about my personal life there have been mass shootings, wildfires, major decisions by the Supreme Court, an upcoming election, and any number of more newsworthy issues that â€œjournalistsâ€ could dedicate their resources towards.“

Following Brexit, Britain ushers in a huge political shiftÂ with its new Prime Minister Theresa May. Often compared to Margaret Thatcher, May is the second woman leader of Britain and has been known for her political acumen for years. While ideally the focus should have been on May’s leadership capabilities and her plans for Britain’s progress, these points were overshadowed by the debate over her being less suited to the role because she isn’t a mother.Â Hansa Malhotra posts,

“For CNN political contributor Robin Oakley, May is â€œthe nearest thing you could find in British politics today to Margaret Thatcher.â€Â But Thatcher is not the only political hotshot she has been compared to.Â The Financial Times in London described May as a liberal conservative and compared her to Germany’s Angela Merkel.Â But it was Tory grandee Ken Clarke’s remarks about May that brought out her witty side.Â After he referred to her as a â€œbloody difficult woman,â€ May turned it around in her favour at the last parliamentary hustings, promising that European Commission President Jean-Claude Juncker would soon find out how â€œbloody difficultâ€ she could be.“

Andrea’s comment of considering herself having an edge on May for having kids was not just a political tactic, but probably also symptomatic of what people in general think. One is astounded by the ramifications of this simple comment. Does being a mother automatically make you superior to the ones who don’t have children?Â A guest author at AdvertisingAge India comments,

“If we are to believe Andrea Leadsom’s claim that being a mother might make her a better Prime Minister, then it has some interesting ramifications. Even if she is being asked for an apology from some of her supporters to ‘clear the air’. It means Hillary Clinton might make a better President than Donald Trump. Closer home, if I was to go by what the loyalists are saying, Smiti Irani has not been ‘demoted’ to the Textile Ministry, but is being readied for a key role in the UP elections. So she might well make a better Chief Minister than any man!”

Our society might keep voicing out the clarion call of gender equality, yet sexism and misogyny have their firm foundations in our social grooming. The recent cabinet reshuffle opened up a Pandora’s box for casual sexism as Smriti Irani’s portfolio reallocation became fodder for sexist comments. Winner of 22 Grand Slams Serena Williams, who is routinely shamed for having an unladylike body, found herself ironically on the other end of the spectrum when she was shamed for her outfits at Wimbledon. Twinkle KhannaÂ opinionated on the sexist behaviour writing,

“But I understand why there was such a hue and cry over Serena’s nipples. How else will you try and pull a woman on top of her game to your level, obviously not when the only thing you swing is a fly swatter while sitting in front on the TV and even then miss three of the four flies sitting on your bowl of French fries? So, you simply body-shame her.Â Women have been looking for a cape and have been handed an apron for centuries, and it is only now that we have learned to swing the apron around, let it flutter down our backs so that we can soar through the blue skies. And fly we will and must, even if the world seeks to tie us down with their squalid shackles of sneers.“

Our society’s deep rooted inequality and discrimination based on sex fuels the orthodoxÂ people that still walk with their heads up high, considering it their personal duty to topple women off their pedestals. It is in societies like these that brothers don’t think twice before taking the lives of sisters just for the crime of making a choice.Â Qandeel Baloch’s shocking and unfortunate murder at the hands of her brother proves how the world is intolerant of women dare step out of the borders drawn around them. Dilip Semeon writes,

“What we know about Qandeel Baloch is that she was on her way to becoming a cultural icon.
She was a media-savvy ouroboros, consuming yesterday’s image and the response it garnered to construct her persona afresh tomorrow. She was both a product and a reflection of the precarious state of Pakistan today, where neither liberalism nor conservatism has definitively ousted the other, where women are increasingly visible in the public eye yet are also still murdered with casual nonchalance, where fame may buy you social mobility, but only if you play by the rules of the privileged class.“

She had a desire to breathe freely, to have her own voice. Her only crime was her choice. In a country where woman are not bestowed with the choice of even being born, she made a choice what she wore and what she said, at the risk of being threatened and harassed. Being part of a society that doesn’t allow women to speak or be heard, Qandeel wanted the best of both worlds. Perhaps, that was her crime and the ruthless patriarchalÂ society made sure she was punished for it.Â Imaan Sheikh posted,

“In a world where family matters are supposed to be whispered about behind closed doors, Qandeel talked openly about how she was forcibly married at 17, and was tortured by her husband who even threatened to burn her face with acid. She escaped with her baby son, whose custody she lost, and took refuge at a welfare centre.
Even her horrifying domestic violence case was called â€œdramaâ€ and laughed at by hundreds of Pakistanis, some of whom I expected to know better.
She was already called a blemish on Pakistan’s sparkling image, a national shame, a shame for the Muslim ummat, but after the recent release of a music video she starred in, the entitled and the self-righteous made it a mission to bring her down.

There aren’t many places where a woman is allowed to be carefree. Shame, marriage, motherhood and the social expectations of bowing down to her own gender weigh her down at every step. The vile act of honour killing lights up the social structure that keeps building walls around women. The murder sends a bitter message to all the women, warning them to to be careful, for the ghosts of inequality and misogyny would keep plaguing their dreams, snipping their wings. Can one pose a blind eye to the silent alarmsÂ sent out through these public atrocities? Chayn says,

“The sad thing is that we as a society are complicit in the murder of Qandeel Baloch. The same people that used to slut shame her, wish her worst and quite literally comment that they wish someone would kill her have all led up to this. The men who must have gone to her brothers and asked them how they feel about her videos. The people who must have asked her parents why they won’t stop her. The TV hosts that used her to increase ratings and spread rumours about her, deriding her on national television. Yesâ€Šâ€”â€Šall of us have killed Qandeel.

Last week was surely an eye opener, and it showed us that not just downtrodden women, but even high achievers have to pay the price of womanhood.Â The cost paid by a woman in following herÂ dreams is sometimes her life. A world where honour justifiesÂ a sister’s murder and motherhood awards you the intellect to rule, we have miles to go before we sleep. A world where man and woman coexist, beyond gender and above the restrictions imposed on them seems to be a distant dream. Yet, here are these women, fighting every single day, the torchbearers of a distant change, that might seem flickering, yet is achievable in their convictions. BlogAdda salutes such women and we’re sure that with these small victories, the end of misogyny can be brought closer.Â What do you think about these brave hearts who keep moving unflinchingly towards their goals, irrespective of the sexist society around them? Can we as a society help take the black mark off ourselves and let women breathe in the comfort of her skin? Let us know in the comments below.

2 Replies to “Buzzing Blogosphere: “The Price of Womanhood””