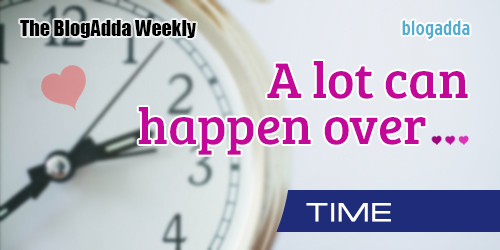 This week, we begin a fresh The BlogAdda Weekly series. As we told you in the introductory post, we’ll try to bring issues and stories both in this episodic series. So here we are, with our first fiction tale. And since we’ve grown up on a diet of Bollywood, especially their love stories, our first story ‘A Lot Can Happen Over…’ is a love story. There are three main characters in the story – Ameeta, Saurabh and Karan, and this is a tale of their friendship and love. We hope you enjoy this tale. This is the first part, and we’re sure there will be lots happening over a period of 4 episodes that will keep you hooked.

I stared at the steam from my second cup of coffee rising and dissipating into the air. The book lay forgotten on the table, ignored for the last hour. I started observing people in the cafe for lack of anything better to do, and my attention was snared by a young girl in a group of teenagers. This girl, with flashing eyes, was telling a boy off loudly. “Don’t you act fresh with me!” she thundered at the boy trying to, well you guessed it, trying to act fresh with her.

Her sound was an echo of mine 5 years ago, when this exact line was the first one I spoke to Saurabh. It had all begun the same way that nearly all stories begin, with a chance encounter. I was hurrying to the library to hunt for reference books for my project, when someone crashed into me at full speed, making my bag and phone go flying in the air. Grrrr. All the tension of the pending assignment burst forth like lava, and the apologies of my culprit burnt to a crisp in the heat. “Don’t you act fresh with me, I know what cheap thrills you guys are looking for! I don’t have the time or interest for this! Watch where you’re going next time!” He looked genuinely sorry, and frankly a little scared of my yelling, which made me accept his apology and walk off in a huff.

The library was my haven, a place that didn’t need and even discouraged conversations, which was a relief for an introvert for me. As I was poring over a fat tome and taking notes for my assignment, I sensed someone standing beside the table. Looking up, I saw the same sheepish face that was at the receiving end of my hollering in the passage. 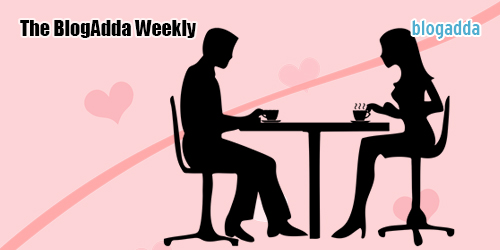 “May I?” he asked, gesturing to the chair in front of me.

Without getting discouraged at my nonchalant shrug, he sat in front of me, and said, “I’m here to clear my name which you have sullied.”

I raised my eyebrow questioningly, to which he responded, “You clubbed me with ‘those guys’ looking for cheap thrills, when in fact I genuinely didn’t see you while running to the next class. I want you to drop all charges against me, My Lord!”

Very very uncharacteristically, I let out a loud giggle, shocking the diligent students around me, and more than them, myself.

“I didn’t introduce myself earlier, I’m Saurabh,” he said, extending his hand. “And your name, Judge sahiba?”

“Would you like to give me another cheap thrill by having coffee with me this evening?”

I don’t remember saying yes, but I must have, because then he was telling me the time and place to meet up. The date itself went by in a blur, but it was oh so perfect. Not that I had much experience in the department, after all it was my first official date. But, looking back, it was the best date of my life; we talked, we laughed, and all the while the coffee lay forgotten, slowly getting colder, as our conversation effortlessly kept getting more animated. He was the perfect gentleman.

Today, I was sitting in the same cafe, and like that day, my favourite Cafe Mocha lay forgotten, slowly getting colder, but the chair in front of me was bereft of the same perfect gentleman I was waiting for. I watched as the drama between the guy and girl resolved itself over a chocolate pastry. Their smiles as they shared the sugary treat signaled a new beginning maybe. I smiled and took out my phone to try calling Saurabh again. Just before I hit dial, he walked in and made his way to our table, sitting down exasperatedly. 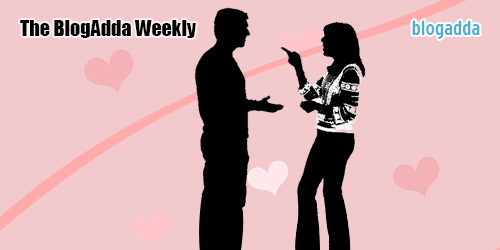 “I was just about to try calling you again. Your calls are not going through.”

“Yeah, I shut off my phone. I didn’t want to be disturbed.”

“You could’ve at least dropped me a message. I’ve been waiting for over an hour.”

“What do you want me to say? This is exactly why I turned my phone off. I didn’t want you to nag me over a slight delay.” He says, checking his notifications which immediately started pinging once he switched on his phone.

“I’m not pestering you,” I say softly. “I just meant if I knew, I wouldn’t be worrying. I left office as soon as I could to make it here on time.”

“Who asked you to leave work halfway? You corporate people have it easy, you can easily get away with doing half hearted work, while a fixed amount lands in your account at the end of the month.”

I ignore his jibe so as not to agitate him further. Today seems to be a particularly off day for him. I ask about his meeting yesterday.

“They refused to invest?”

“No. They are willing to invest, but they wanted me to change my marketing strategy. They said it’s taking it too much over budget. I told them to stick to investing in companies with a smaller vision, I’m not going to compromise.” He starts to get agitated again.

Venturing carefully, I say “It is not compromising. It’s coming to a common meeting ground and being open to ideas. Even Karan was saying that you’re too rigid for your own good sometimes.” From the look he gives me, I know that I have made a wrong move.

Between gritted teeth, he hisses, “Really now? Karan said this? Then it must be perfectly true! I know you and that corporate hack Karan don’t have any dreams and principles, but don’t team up to rain on mine. He always has your back, even over mine. Sometimes I wonder whose best friend Karan is, mine or yours!”

I start to say, “I only meant to help”, but my sentence was drowned in the screech of the chair being pushed back and Saurabh stomping out of the cafe.

“I’ll always have your back”. As I struggle to dry the tears that suddenly sting in my eyes, I can’t help but think of the number of times that Saurabh uttered those words to me. I still remember the first time he had uttered them, making me feel safe and secure.

It was a regular day at college, and we had been dating for a few months. We were already running late for class when I stopped in my tracks. He stopped with an inquiring look, and asked what was wrong. “I forgot my assignment at home”, I said, in the middle of mentally punching myself. “I had worked so hard on it, now it’s all gone to waste!”

I followed him half heartedly into the classroom, dreading the moment of truth.

At the end of the class, when the professor asked for the assignments, I stood up dejectedly to go and explain the situation to him. Saurabh pulled me back down. Surprised, I looked at him, as he took his own assignment out, tore out the page with his name on it, and wrote mine on the cover. He handed in the assignment even before I had the chance to react or refuse him. He took my hand in his, and said, “Don’t worry, I’ll always have your back.” 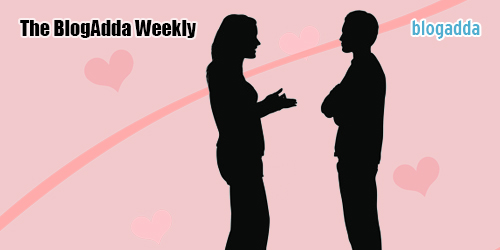 It’s been a week since the cafe fiasco. These days have been marked by me calling him multiple times a day, and being met with the same ‘Switched off’ message from the automated voice. Facebook messages, Twitter and even Instagram DMs are met with radio silence. A sullen silence from Saurabh after a fight is not unexpected, but usually within a few days, after he has had a chance to blow off some steam, things get back to normal. But Saurabh going incommunicado for a week is a first. Worried, I decide to take matters into my own hands and check on him at his place, to know what he was so angry about.

I ring his doorbell. No answer. I ring again, louder and more aggressively this time. Still no answer. I notice business newspapers from the past week lying piled up near his door. I ask his neighbors, and they all claim that they haven’t seen him for a few days. I’m really starting to get worried now. This is not like him. I decide to call Karan; if anyone would know what is going on with Saurabh, it would be him. 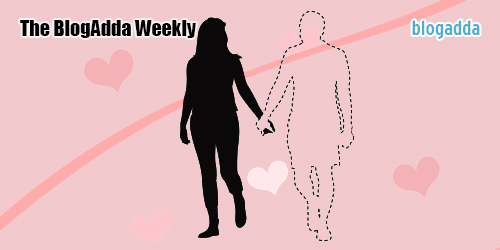 “I’m okay. Listen, have you heard from Saurabh lately?”

“Yeah, he called me a week ago, after your fight. I’m so sorry. I know Saurabh can be a hot-head sometimes, but he doesn’t mean anything by it.”

“Uh huh, I know, I know. But have you heard from him after that? Did he say anything about going somewhere?”

“I don’t know. I can’t find him anywhere. He is not answering my calls, and his neighbours haven’t seen him for a few days. I’m really worried Karan.”

“Don’t worry, Ameeta. You know him, he’s probably switched off to take a break from all the tension.”

“No I don’t think that’s the case. He always drops me a message if he takes off somewhere to cool down, even if it’s a curt one. I can’t imagine something bad happening to him Karan, I need to know where he is!”

“I’m in front of his apartment.”

“Thanks Karan. I appreciate you doing this.”

“No worries, you know I’ll always have your back.”

We’re stopping here for a short commercial break in this story. How did you like the first part? What do you think will happen next? Read the second part to see if you are right. Tell us your thoughts in the comments section below!

4 Replies to “The BlogAdda Weekly: A lot can happen over…”