We breathe in a generation of fast track lives, where getting  through a day itself is a constant race against time. Always short of precious seconds, most of us are addicted to popcorn content like listicles and short videos that we can just sift through and consume, stuff that provides us entertainment and information without too much investment of either time or grey cells from our end. Nevertheless, there are certain motifs on life’s canvas that cannot be confined to bullet points or GIFs. In order to do justice to them, you need to dig deep and come up with detailed thoughts and patterns. Keeping that in mind, BlogAdda presents The BlogAdda Weekly, a series of discussions on a topic that touches us or somebody around one way or the other. Through weekly rounds of dialogue, deliberation and expert opinions, we would be voicing out the hidden facts and stats, in a hope to bring in waves of change. We start with an issue that changes the course of many lives, but still stays hidden in the darkness of homes and minds, buried inside the shrouds of cliches and stereotypes – Depression. 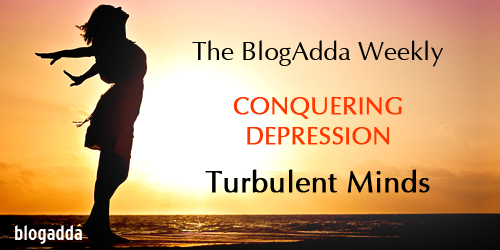 Dreary eyes, infinite gloom, loneliness, frustration and a lot more fill each and every second of the day for a depressed soul. There are times of sheer guilt, a constant unsettling feeling that you no more belong to this world and everything happening to you is a part of a sinister plan that you are the sole victim of. The day starts on the stifling thought of “Why am I still alive?” and slogs ahead with unending negative thoughts. Their nights just never seem to drift towards the sunshine that dawn brings.

There is nobody in the world who wants to be unhappy. There are some people who have personality problems and may always have low mood but even they would want to be happy. In Depression a person suffers from negative thinking and they are called NAT’s (Negative Automatic Thoughts).

It is strange how we take mental and physical health as mutually exclusive concepts. While a  broken bone or a bout of viral fever or a can get you loads of flowers and Get Well soon messages, the D-word, often conversed in hushed tones is in itself depressing to most people, and consequently, brushed under the surface.

Most of the times, any decline in mental health is considered to be a manifestation of the sufferer’s own doing. Friends and relatives keep quoting the ideology of “The Secret” – that the thoughts you put out in the Universe come back to you as things, which for a person with depression, simply means that be happy, and you’ll stay happy. After a while, this advice not only sounds useless, but also patronizing and frankly, hurtful. The law of attraction simply stops working for a lot of us at some point of life. What follows is a vicious circle of putting up a smiling mask, wrapping up the inner torments and turmoils neatly, to be unleashed only when alone . BlogAdda got in touch with expert specialists linked with the department of Psychiatry, known for their years long experience in dealing with mental illnesses, and got some eye-opening views worth sharing with all of you.

One out of 4 women and one out of 5 men will suffer from Depression at some point in their lives. It is not certain that depression is more common now or whether it is just that we recognize it better today.

According to the World Health Organisation, Indians are among the world’s most depressed. A recent study found that India’s population peaked the rate of major depression, i.e, about 36% in the world. Adding further, almost 11 people in every lakh commit suicide every year; hundreds more probably attempt it. Suicide being on the rise is a strong indicator of the need to address issues surrounding mental health. Alarmed by such depressing statistics, BlogAdda could not resist taking up this issue with it’s very first edition of BlogAdda Weekly. 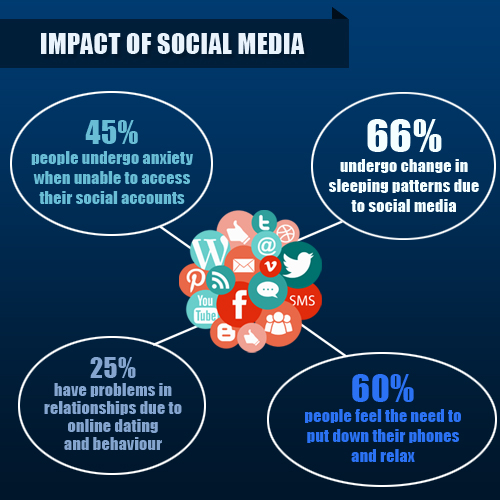 As depression stats ring an alarming bell, the major concern is to identify as to what fuels depression and causes mental health to deteriorate. In the present world, depression lurks around almost all of us, waiting for a chink in the armour to claim its next victim. Students struggle with pressures to win the rat race, aided by the abundance of social media updates by peers highlighting their seemingly perfect life. Women tend to become victims of depression more than men due to their career aspirations colliding with their conventional roles as being the pivot of the house. In a nutshell, depression can touch any life and disguise itself behind a multitude of  symptoms, making it one of the most difficult disorder to reckon with.

How to diagnose Depression?

Most people fighting depression are unable to come out of the ‘mental disorder closet’ and tell someone they trust about it. As depression shows no physical symptoms, it becomes difficult for families and friends to hazard a guess about one of their own suffering from it.. While depression, on the front face appears to feed only on an individual, it also outgrows into a family illness in the long run. Still, there can be plenty of indications that might give you red signals to give a long, hard look at your loved one’s changed behaviour and accept them by extending a compassionate hand.. Here are some noticeable warning signs:

It was not until last year when Deepika Padukone confessed about her battle with depression and launched her Live Love Laugh Foundation, that conversation related to Depression shed its stigma and came out in the open, reaching many. It took a  Honey Singh  talking about his struggle with Bipolar Disorder, to make it count it as a mental illness. However, there is still much to achieve when it comes to knowledge regarding depression and the various shapes it can take in different people.

Here are the basic types of Depression, one of which someone sitting right next to you might be battling with:

Depression, once unveiled can be triumphed over with the support of both the depressed and  their families. There is also an upsurge in the availability of counselors and psychiatrists to take people out of their mental trenches. Sufferers from open minded families are comparatively better off, as their affliction is treated as normal and curable, while orthodox families still rush to the nearest place of worship or to a ‘baba‘ for a solution, or ignore it assuming that it will go away on its own.

To end the first part of this series, we just want to tell anyone who has ever been touched by depression, as a sufferer or a carer –  there is lot more to explore within the worlds of those who have struggled through their dark days and fought with their inner demons, and all victims are stronger and more resilient than their disease. In the next episode, we would peep into some inspiring stories and take some expert opinions on how to ward off the dark clouds of gloom that engulf so many lives isolating them the bright side of their lives.

One Reply to “The BlogAdda Weekly: Conquering Depression”