We are back with our Monday #PerkyTweets edition. As is obvious, we couldn’t stay away any longer from bringing together the funniest tweets on Twitter just for you. Here are perky tweets from the last week to drive away your Monday blues. 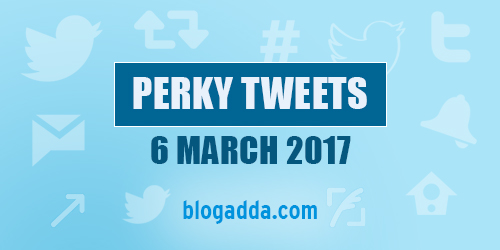 Q. What do the Dangal sisters do when they can’t login to their account?

When that smell from the diaper finally hits you! #NewMomWoes pic.twitter.com/dXZxQVsKrw

Reason why we all have trust issues. pic.twitter.com/Rz33JS2Tb3

They think I’m not looking, but I am. pic.twitter.com/WoWyxyLLp8

saved someone some time today. medals will be appreciated. pic.twitter.com/kuTWbYnDsZ