Hello lovely people! We wish you a very Happy New Year. Let’s kick start this year with loads of laughter and humour. It’s true if all goes well, it ends well. So, amigos get ready as we bring to you this year’s best #PerkyTweets of the week. These will definitely make you laugh till you drop. Catch up with these funny 2017 tweets! 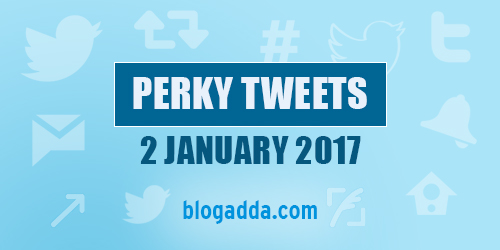 @blogadda #perkytweets Modiji is ALSO promoting Indian animation in a big way, Watch out for future Apps like CHUTKI,RAJU,KALIA,INDUMATI!!

Modi to all those who were planning on taking a shot everytime he said Mitron: "LOL"

The Brilliance of @SitaramYechury and his party…. LOL! I hope Cameraman Raju & @NDTV rush to cover this… pic.twitter.com/suzAfCgh0C