Hello beautiful people! Weekend is finally here and it’s story telling time at BlogAdda. This week’s #AddaTales prompt was- “I Found A Bag Full Of Rs 1000 Notes” since the introduction of new currency notes and cancellation of Rs 1000 has created a big buzz in our nation. Let’s dive into the pool of stories that teach you something valuable. Our storytellers didn’t leave a single chance to spread across a social message through their interesting tale of a bag full of Rs 1000 notes. 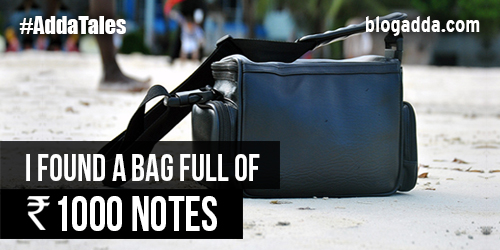 I found a bag full of Rs.1000 notes lying on the road but was confused whether to put my hands on it or not.

Rs 1000 notes were demonetized by our honorable PM last night. It was surely someone’s black money lying on the road.

For once I was tempted to lift the bag but the thought of ban on Rs 1000 made it appear  useless to me.

Then I thought it is not useless someone who is not able to manage his black money has left it here.

I was caught in my own thoughts, positive and negative thoughts dwindled in my mind. I watched hither-thither

to see whether any eyes were watching me. Thankfully,the streets wore a deserted look and there was fair chance to

pick the bag and put the money to some good use instead of wasting. I felt sorry for the currency, till yesterday

the currency which was of highest value is just a piece of paper today. Wait! It is not like it has no value.

It might be a waste for someone but I can make use for the best out of this waste. I picked up the bag with that thought.

In this scenario, rich people with black money will panic the most and will try to take advantage of poor people.

On the other hand, there will be people who will cheat poor uneducated people in exchanging the money.

Why not use this money for such people? Now, it is headache for many but it can be boon for someone.

The govt has deadlines to exchange and if I donate it in an orphanage and other institutions who are in dire need of donations.

Then this money will be pressed to pious use. I was busy in my thoughts and walked towards my home. When I reached home,Papa spotted me with an unknown bag and thrashed several queries and vent out all his apprehensions.

“I found this bag full of Rs 1000 notes in the market, lying on the middle of the road and I watched for an hour, when none claimed, I picked it up to use it for something better,” I said.

My father thought for a while then appreciated my intention and was ready to lend his hand for help.

“It’s such a huge amount. Where will you use it?,” My father asked. “First, I am thinking of helping people in hospital. Then will help people in exchanging the money,” I remarked.

“Donating several things in an orphanage will also be a good idea as malls are accepting it. What do u think?,” my father suggested one more good use of the demonetized notes.

“Okay, I am going to the civil hospital in an hour and you go to the mall to buy the things. As deadline of accepting this currency is round the corner. So we should finish this task first,” I sorted the plan and distributed the tasks.

I visited the civil hospital with half of the money and bumped into one person who was in panic.

His daughter was suffering from blood cancer and he was running around in arranging the money for it. I started my task by providing him the money. And thought how many such patients will be there inside. I went in and helped many such people in need.

The faces turned bright and they thanked me profusely with their blessings. I was overwhelmed and ran out to accompany dad.

He was busy buying goods for the orphanage. There was utter chaos in the mall. We bought television, washing machines, stationary and grocery items to donate. As I was on way to the orphanage, I saw poor people sitting and crying. Upon enquiry I came know that they were without food for long. The chaos had turned their days of no work.

I felt sorry for them and started disbursement of notes to them. Hoard of people gathered to fetch the notes and I distributed uniformly among them.

When I was heading towards another hospital, I saw the people hanging around the xerox shop and spotted that they were charging exorbitant rates to convert the money.

Oh, I felt so bad, however hard one tries to bring in reformation in society, people desist and resist the changes and this scenario I saw with my naked eyes.

However, my mission was served and I felt elated to serve and many pious thoughts buzzed in my mind frame with future plans and wished to stand with the government to clear the mess.

If we all press ourselves in task, good days are not far, they are ahead, we need to adhere to rules.

Want to know who’s behind this engrossing and awakening story. Here meet our storytellers from our twitter adda! 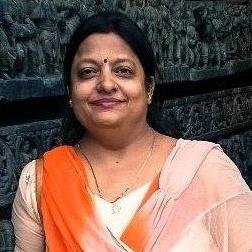 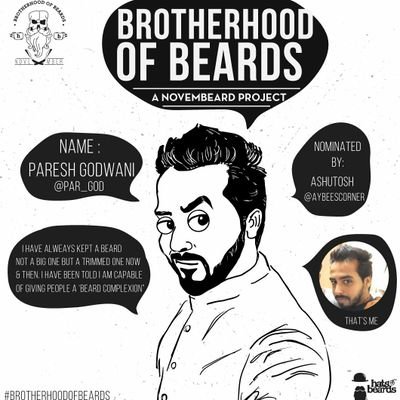 Thank you lovely people for your valuable contribution. Stay tuned till we arrive with next week’s #AddaTales prompt! Don’t forget to weave your own stories on BlogAdda’s Twitter handle next time on #AddaTales!

This error message is only visible to WordPress admins