It’s a monsoon Monday and #PerkyTweets has arrived to shoo away the drab and dull clouds of boredom and get you excited about everything that’s happening around us. Read tweets from these Indian Twitter accounts to follow (if you know what’s right for you)  and let the chuckles begin! 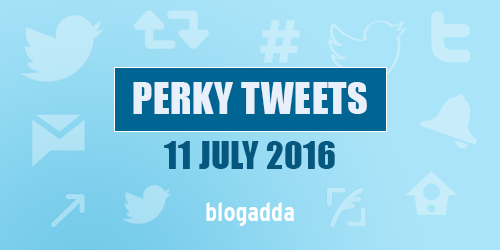 She: where do you want to see yourself 5 years down the line?

He: teaching our kids to ask better questions

I love how the cabbies think so hard about your destination before refusing you. It really is a life changing decision if you think about it

What is the theme song of a drone’s life?

Girl’s Bio on tinder
“Not much a chat person.No Personal questions.Nt here for the hookups”

The End. That’s all the fun we have for you through Perky Tweets this week. Tell us which ones you loved, and perk up your brain and send your tweet here with #PerkyTweets or submit it here so that we can feature your tweet in this space next week!