India is brimming with myriad and unique landscapes throughout. Be it North, East, West or South, the topographical beauty provides ecstatic scenes that are fantasy lands for the adventurous soul. The beauty and serenity of Indian landscapes is par excellence and attracts thousands from all over the world for trekking and hiking. Getting a life beyond the regular in the peace and quiet of the towering Himalayas or the leaning Ghats is an experience close to Nirvana. As India drenches in its first monsoon showers, we are sure many of you are packing your bags and putting on hiking shoes to finally go on a date with nature! 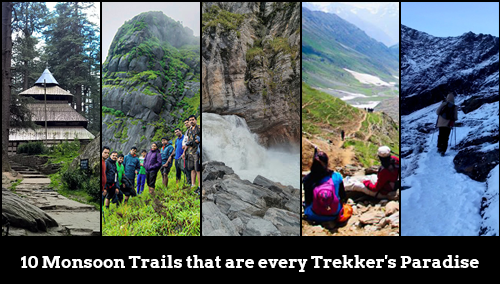 As the trekking bug in you finally flutters its wings, BlogAdda lists out some amazing terrains that are every trekker’s dream. Miles away from the concrete jungles and buzzing phone, the barren lands and lush green meadows make time stand still and contemplation hits you right in the head. So what are you waiting for? Pack your bags and get going. 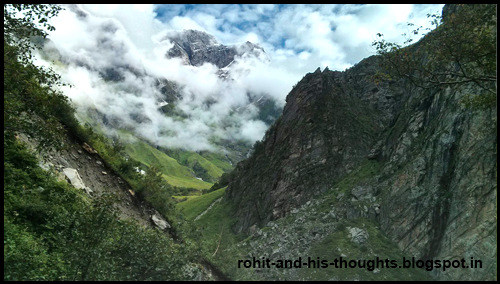 In 1931, a British traveller Frank Symthe lost his path and ended up discovering a hidden heaven, an enchanting flower valley in Uttarakhand. Trekking the Valley of Flowers has become a sought after trek since then. Sitting silently in the lap of the towering Himalayan range, the tranquil serenity around the heavenly space is a sight worth a million lives. Situated at an altitude of 3858 metres, the valley is home to a multitude of wild species of flowers like geranium, zinnia, petunia and many more. The valley also houses a number of streams adding to the overall scenic beauty. 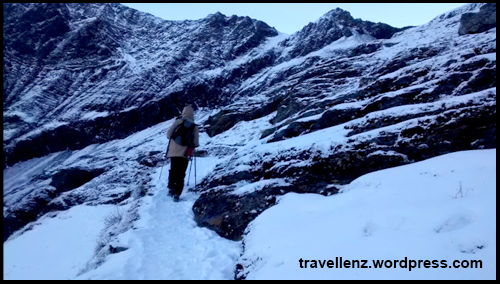 Walking through the vast forests with oaks and rhododendrons giving you occasional salaams, Roopkund is a steep ascend rewarding you with a lush green 360 degree view of Mother Nature followed by a mystery lake nestled in the Himalayas. The lush green meadows are known for the water body in the middle, Bedni Kund. One of the most famous camping sites of western Himalayas, the place is a perfect spot to seep in the mesmerizing beauty with the 7120 m high Trishul peak right in front of you. The trek is a perfect pick for those who want a platter full of thrilling canvases. As you cross each ridgeline, vast grasslands finally terminating with snow filled terrains offer the perfect enchanting experience. 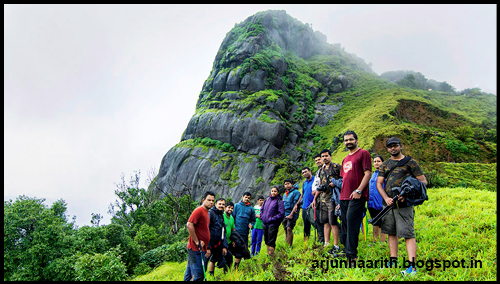 For those who would love to taste the monsoon in the western ghats, Kurinjal trek is a must on their travel list. The trek trail is a part of the Kudremukh National forest and hence would require a prior permission. Lush green trails open into an enthralling bridge over river Bhadra. Engulfed in moist clouds, the ghats keep a close watch as you walk along. Reaching on top might include zigzag routes with a constant moist sheet of mist reducing visibility, making the trek a little difficult for the newbies. As you finally touch the peaks, the view from the top is scintillating and keeps you glued for a long time. Do keep leech medicines to keep them from feasting on you! 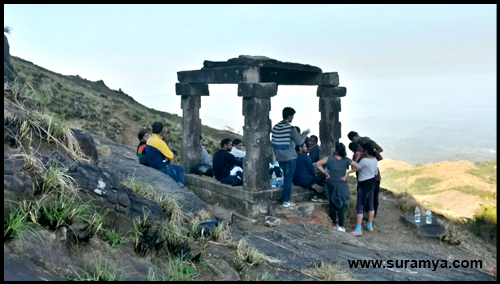 A perfect weekend getaway, the Kumar Parvath trek is one of the most difficult ones in Karnataka, the end point being the tallest peak in the state. The journey is a perfect blend of physical challenges with the natural beauty in the Pushpagiri Sanctuary. Filled with unrelenting inclines and a series of peaks enticing enough to look like your final summit, the trek is filled with unforgettable visuals and an incomparable aura of India’s dense green land. On the top, you are bound to be kissed by clouds and an absolute silence, promising you pure divinity. 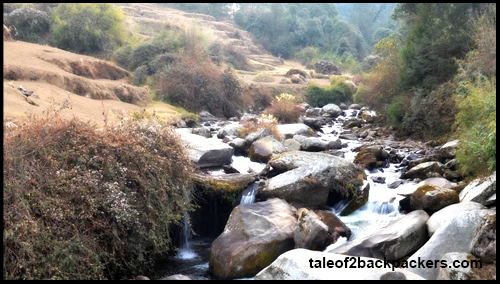 Mt. Khangchendzonga is counted amongst some prominent peaks of India. The trek through Singalila National park is the ultimate backpacker’s destination to witness the peak. Away from civilization, the 12 km long trek takes you through stunning landscapes, typical mountain villages and a panoramic view of the entire eastern Himalayan range. The journey might throw up rugged terrains and rough weather, but the summit rewards you with a sudden blow of beauty at the end. Peaked mountains stand by your side through the entire trek like guardian angels playing along with sunlight, mimicking a laser show of their own. Grazing animals, grasslands and captivating flower valleys are a constant visual throughout the trek. 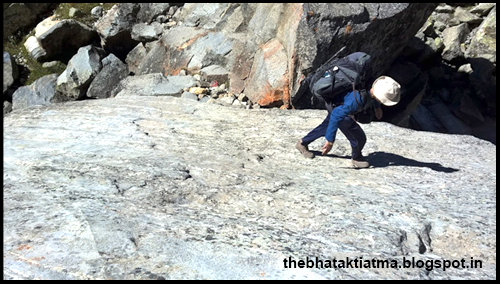 Steep slopes, gradual climbs, barren mountains, snow clad peaks and rugged terrain make Pin Parvati trek one of the most challenging treks in India. The 100 km trek demands good mountaineering skills and often finds a place in the list of professional trekkers. One can see a stark change in the cultural and regional topography as the trek takes you from the lush green Kullu valley to the dry desserts of Spiti Valley. Best in the months of July to September, the 11 day trek takes you through some enthralling peaks with mouth gaping scenic beauty all around you. You might love to peep in some prominent Buddhist monasteries as you head along. If you are taking your trekking skills to the next level, this might be your next trip for sure! 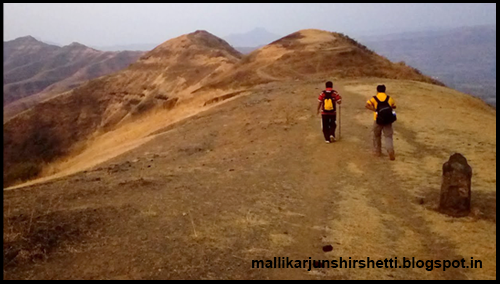 Probably a favorite of people close to Mumbai and Pune, the Sinhgad trek hides numerous battle stories in its vast grasslands and slopes. The trek to Sinhgad makes for an exhilarating experience if undertaken along the cool monsoon breezes. The entire landscape drapes a green attire with blossoming wild flowers and shrubs, making the trail a comforting one. The trek has flexible route options that one can take as per his stamina and time. The slippery and muddy road up the fort adds to the difficulty level a little bit. Yet, the overall view of the ghats upon reaching the fort comes like a fresh breeze with no room for qualms at the end. 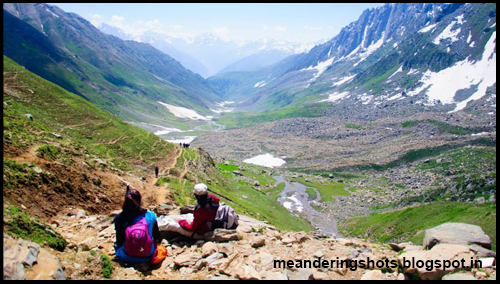 This one is a photographer’s dream with its luscious meadows, flower valleys and limpid lakes under the azure sky. Kashmir Great Lakes is an overwhelmingly beautiful trek in India that would send you in a trance forever. As Amir Khusrow wrote, “Agar firdaus bar roo-e zameen ast, Hameen ast-o hameen ast-o hameen ast“, as the trek sends you into an immediate paradise that adorns our blue planet with breathtaking beauty of Kashmir valleys and streams. The trek is a cross over trail mapping seven great lakes through beautiful meadows. Open from June to mid September, breathe in Kashmir with this one. 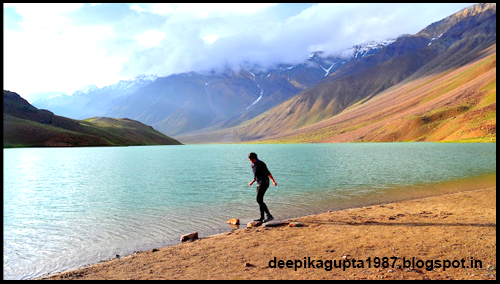 Also known as the Moon Lake, Chandratal Lake is the source of Chandra river. The experience of walking through the Chandratal trek is not less than walking on the moon itself! Trailing high mountain ranges, the trek will offer snow capped peaks and landscapes beyond one’s imagination. Along with that, the lake keeps changing its hues from red to emerald green along with the sunlight. The trek is considered to be moderate and is known for its unparalleled match in natural beauty. A close walk from Manali, the trek stands open to the newbies as well! 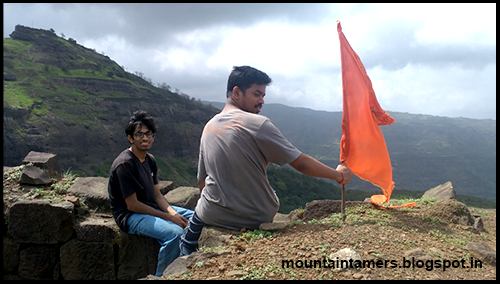 For those who wish to get into the trek mode without twitching a lot many muscles, this one comes to your rescue. 16 km away from Lonavala, Rajmachi is a small village known for its two forts- Shrivardhana Fort and Manaranjan Fort. Always fascinating the trekkers, the trail is mostly flat and easy one. Once you reach Rajmachi, trekkers can have a lot to explore within the forts and caves around the region. Camping in the forts can be a fulfilling adventure too.

Aloof from the monotonous lifestyle and bustling jobs, silent nights at these peaceful locations are going to be an unforgettable memory! Who knows, one of you might get to taste ultimate bliss that the Rishis kept vouching for. Nevertheless, the biggest enlightenment took place in the lap of lush green forests and crystal brookes flowing along. Have you finally decided to tick off a trek from these awesome picks in our monsoon trek list? For those of you would rather be bruised and sun baked than be sun kissed at the beaches around , this is your chance to grab one of these and walk off in the uninhabited landscapes of the planet.

In case you missed something, here are the highlights: