Indian Institute of Technology, (Banaras Hindu University) is one of the oldest and most prestigious engineering institute. It is located in Varansi, Uttar Pradesh which has a tradition of nurturing and channeling some of the brightest young minds. The institute is organising their annual techno-management festival – Technex 2017, a three day extravaganza which starts from Feb 24, 2017, bringing together best innovative minds from all over the India to show their talent in various avenues of technology. 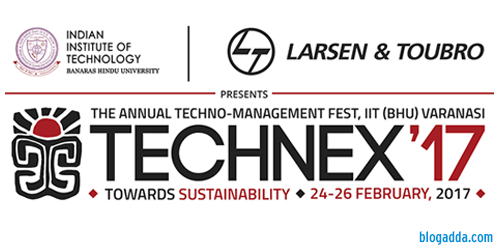 1. The line up of the Think Talks for Technex ’17 has been released

2. The exciting exhibitions which will glitz up Technex ’17 have been launched:

3. The fest entertainment nights previously known as PRONITES are to be renamed as KALEIDOSCOPE.

To get a glimpse of what is in store for you in Technex 17, watch  https://www.youtube.com/watch?v=6R7JpCAOf7Y