Hi lovelies, let’s welcome December with open arms and heart full of content and joy. Life is filled with momentous things and the power it bestows you with is commendable. This time at our The BlogAdda Weekly series we will be enunciating the power of most sacred practice called ‘Prayer’ and its culmination. We humans often end up in despair when faced with quandaries. We would like to affirm the potential of prayer in our lives. An earnest hope or belief that all your gremlins will come to end very soon. Let’s forget all our hassles and believe in the radiance of prayer power with this month’s series “Power Of Prayer – Part 1” and continue to embrace our thoughts! 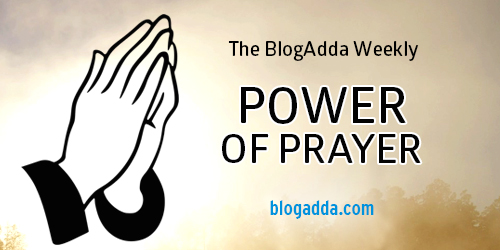 It was Sunday morning, Rhea usually went out to play with her friends in the community park. But, today she sat at the window looking thoughtful. The naughty grin and her chirpy voice seem to have disappeared today. It was not like other Sunday mornings for her. Her mother called her at the breakfast table, but she denied. What was it that lead her astray?

Across the park lived an old age man. He lived alone and was very fond of gardening. He had grown variety of roses and nurtured them like small babies. His name was Peter and he was Rhea’s best friend.

She reached Peter’s house, but couldn’t find him. Then she walked towards the garden, that was adorned with majestic roses. There she saw Peter on his knees with hands joined praying to the Almighty. 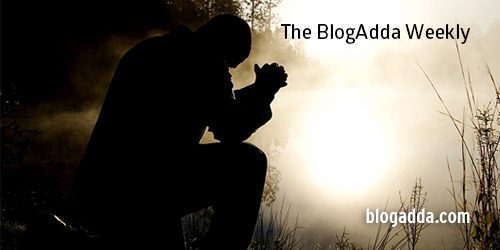 All she heard Peter say was,”Thank you Lord for all the blessings, thank you for all life’s plan you laid for me till now. Give me the strength to face all troubles and save me from the desires that perish.”

Rhea just couldn’t understand what Peter was doing. As she had never seen anyone praying like this. She thought worshiping is just done in temples. It made her curious to know what Peter was saying. She walked towards him and stood beside.

“Oh, Rhea how are you? So did you have your Sunday special breakfast?” asked Peter.

“No, Peter today I am not in a good mood. But, first tell me what were you doing on your knees and saying?” asked Rhea.

“Haha, Oh Rhea you are so innocent. I was praying to God little girl.” said Peter.

“Praying? But, that’s just done in temples, isn’t it? What exactly is Prayer and why do we do it? I still haven’t understood this.” said Rhea.

“Okay, you tell me, what is prayer for you?” said Peter.

“Mmm, prayer for me is going to the temple and offering God some flowers and singing hymns.” said Rhea.

“Yes, of course we do go to temples, church, mosques etc to worship. But, what is common in all these places is the chanting of prayer. According to me you don’t need any temple to go and pray. If your mind is clean and your heart pure, you can pray at any point of time and anywhere, I believe.” said Peter.

“But, you were thanking God for everything. Is prayer all about thanking God?” asked Rhea.

“Well, yes dear. Our creator has blessed us with so many beautiful things, we should thank him for everything he bestowed upon us.” said Peter.

“So, will he also solve our problems and heal the wounded?” asked Rhea.

“Yes, of course my child. Prayer has immense power and it makes impossible, possible. All you need to do is have faith in your prayer. Then, witness the work of God and his miracles. But, praying everyday with gratefulness is important.” said Peter. 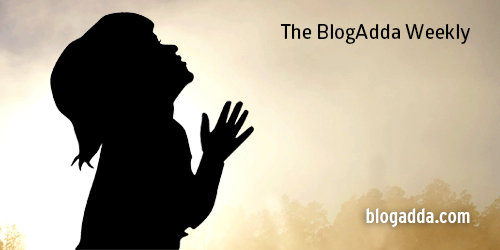 Rhea suddenly found the solution to her morose. She thanked Peter for such a lovely lesson and again had a smile on her face. It seemed that her Sunday was again filled with hues of happiness. Next day she rushed towards her school, but before that she had to complete one unfinished deed. The reason she was upset on Sunday, was that everyday while she walked down to school, she met a puppy, with whom she played. On Saturday, that puppy was grievously hurt by some street dogs. Rhea found herself helpless, and she couldn’t resort. The pain and suffering of the puppy vexed Rhea.

She finally reached near the puppy, where he was lying in one corner, shivering and sobbing out of pain. Rhea took the puppy in her arms, went down on her knees and started to pray.

She then wrapped the puppy in a warm cloth, and placed him in a safe place. She decided to come back from school and pray again. She had this firm belief that thanking in prayer will solve all miseries. She was determined. She headed towards school. Even in school she kept on praying, she remembered Peter telling her that prayer can be done at any point of time and anywhere. Thank you Lord, thank you Lord is what she kept chanting. 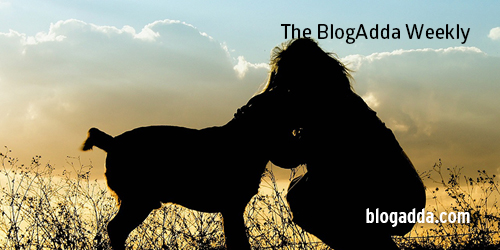 School got over, Rhea ran towards the lane where she had placed the puppy safe. As she reached, to her surprise, she saw the puppy all bandaged and saw dog food near him. The puppy had a sign of relief on his face. Rhea was spellbound and her belief in the miracle of prayer became even more stronger. She held the puppy in her arms and wept in tears of joy. She was immensely happy and danced like crazy. To her, thanking Lord in your prayer is the solution to every dilemma.

This is how prayer works, its not important what you ask for in your prayer. What’s significant is that you pray. Like in the case of Rhea, the puppy was hurt but she thanked in her prayer. God, doesn’t see what you say or ask for. He sees your faith and belief in his works. Language and words doesn’t matter, the purity of mind does. The creator knows what we need, and it’s always fulfilled at the right time. 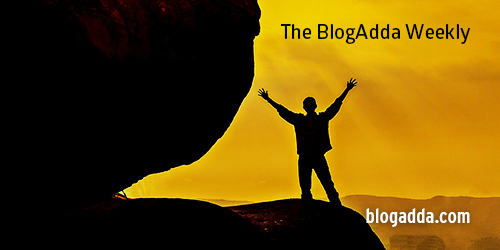 Rhea went to Peter and shared with him this incidence. Peter was stunned and snuggled Rhea. He was elated, that this small little girl extracted such enormous life lesson. He just told Rhea one thing, that if you believe in the power of prayer, it can even move mountains. This is how it works and leaves you in ebullience.

Well, isn’t it startling to see such wonder works? The power of words pronounced in the form of prayer can turn black into white, sorrow into joy, pain into goodness and much more. Overall, the work of prayer is to connect with the divine in the purest form. It enlightens your mind, synchronizes your heart, gives you feeling of content and last but not the least it is never unanswered. Prayer is not bound in the shackles of caste or religion. It is one the truest form of connecting with the holy. Stay tuned, till we meet again on Wednesday, to reflect the power of another rejuvenating virtuosity in our The BlogAdda Weekly series!