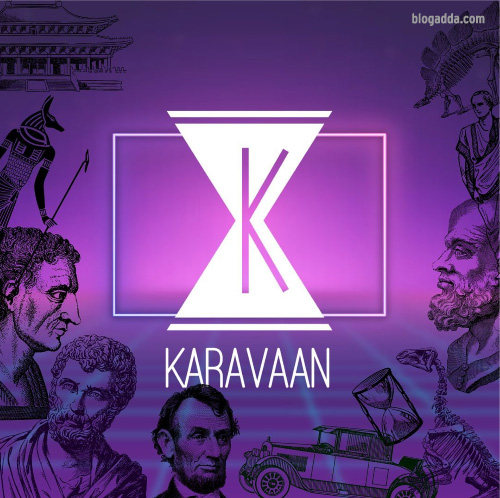 Karavaan is the annual social, scientific and cultural fest of IISER Pune. It is one of the major college fests by an institute of national importance, hosting crowds in and out of Pune. The fest never fails to leave the crowd wanting for more with events such as band wars, Nurpura, performances by major artists and many more.

This year, Karavaan is back after two years with even bigger events and performances, which promises to be more crowd-pleasing than the previous years. Karavaan 22, scheduled for 4th, 5th and 6th November 2022, will witness the performances of Sabali the band and Joel D’souza, who will be the front-runners for Pronite, making it a night to be remembered.

The Karavaan fest nights are some of the most memorable nights of an IISERite which provides a complete break in the monotonicity of coursework, lab and tests. Starting off as a small-scale intra-college fest in 2008, it had a quick blossoming to a major fest in Pune due to the enthusiasm of the students. The fest witnesses an increase in the footfall every year, which illustrates the enjoyment of the crowds from in and out of Pune. This year’s iteration has a plethora of activities , from music, dance and stand-up comedy to quizzes, science events and social outreach activities.

The pre-Karavaan events being a huge success among the students of IISER Pune, the hope of Karavaan ‘22 being impressionable to the crowds is a no brainer. The events such as Fresher’s day, dance party, and stressbuster events were accompanied by social initiative events such as talks about mental health, addressing the issue of strays on campus, nature walk, river cleaning drive and many more. With the success of these events, they have many more in the making such as the pride parade, leadership conclave, along with many events organized by specific clubs here at campus.

Karavaan 2022 is a plethora of activities ranging from music, dance, games to quizzes and murder mysteries. The crowd favorites getting a special mention would be:

Fresher’s Day
By welcoming the freshers to the vibrant atmosphere of a college campus from the tormentous online era, the Fresher’s Day 2022 is being organized as one of the events leading up to the main Karavaan events.

Band Wars
An exhilarating night of music and fun, The Band Wars hosted by the music club, Aroha, is an eventful night where bands fight it out with loud, enthralling music for the championship crown. Bands from premier institutes across India attend the event showcasing their exemplary talents to the enormous crowd enjoying the night.

Nupura
Nupura, hosted by the Dance Club, Navarasa, is an event where teams from all over India come together for a dance competition. In 2019, qualifying for the finals hosted on campus, teams from AFMC, IISER-T, VIT Pune, and Symbiosis lit up the stage.

Showcase
Held over two nights, Showcase represents the platform where members of the IISER community come forward to present their talents. With phenomenal performances in music, dance, and comedy, many in IISER eagerly look forward to the showcase every year.

Pronite
A night to remember, Pronite brings in the biggest crowds as par to a concert in Pune as it has witnessed the talented performances of artists such as Sonu Kakkar, Adil Manuel, Sidharth Basrur along with various bands such as Indian ocean, Lagori and the Local Train, Agam. A crowd favorite, it is a night that will be imprinted in their minds.

For BlogAdda members wishing to attend, write to us at bavity@blogadda.com